Some of the links below are affiliate links, meaning, at no additional cost to you, I will earn a comission if you click through and purchase. As an Amazon Associate I earn from qualifying purchases through links in this post. See our Privacy Policy & Terms of Service to learn more.

Keto Cinnamon Bagel Bites make for an easy and tasty breakfast on the go or at home! Make a batch or two of these and you’ll have breakfast covered for the week! 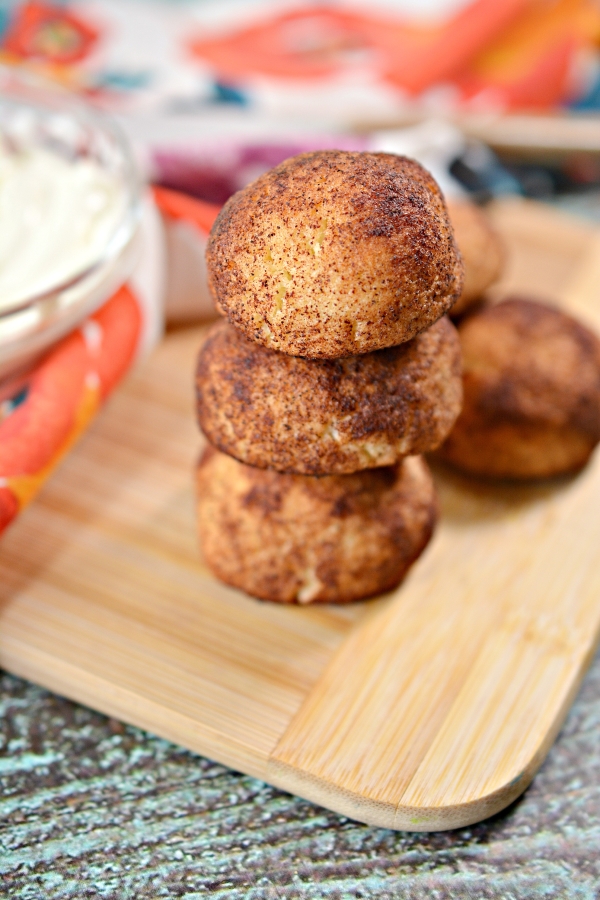 These keto cinnamon bagel bites are so tasty and so simple to make. If you liked our Keto Cinnamon Pretzels  you will love these keto bagel bites!

Keto cinnamon bagel bites make for an awesome breakfast, or even a sweet dessert after a meal. Take these on the go, or enjoy them at home. It is impossible to go wrong with these keto bagel bites.

The combination of sweetness and cinnamon is a combination like no other. The warmth and spice of cinnamon mixed with the sweetness of Monkfruit (or whatever sweetener you use) is heavenly! There may be no better breakfast combo than this!

Fat head dough is super popular and is used to make a lot of traditionally doughy dishes like pizza, bread, or pretzels. As you can imagine, it makes these keto bagel bites taste amazing! 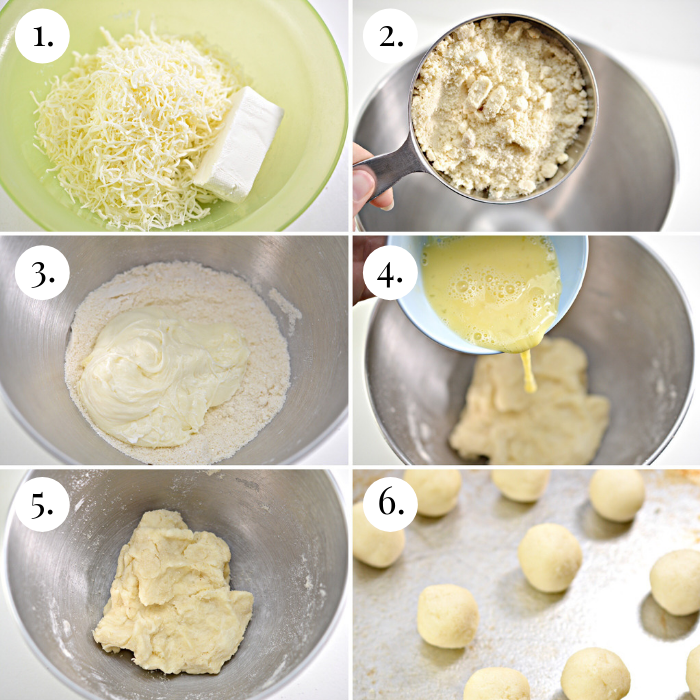 How To Make Cinnamon Coating 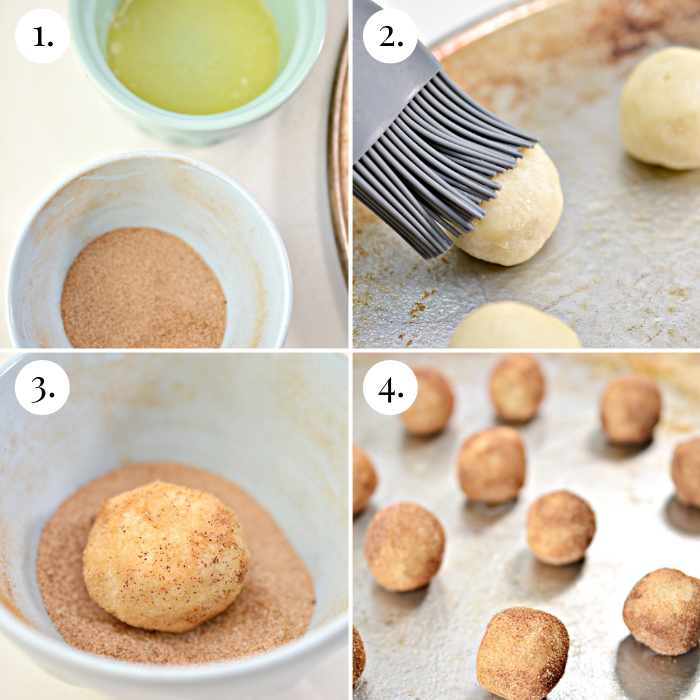 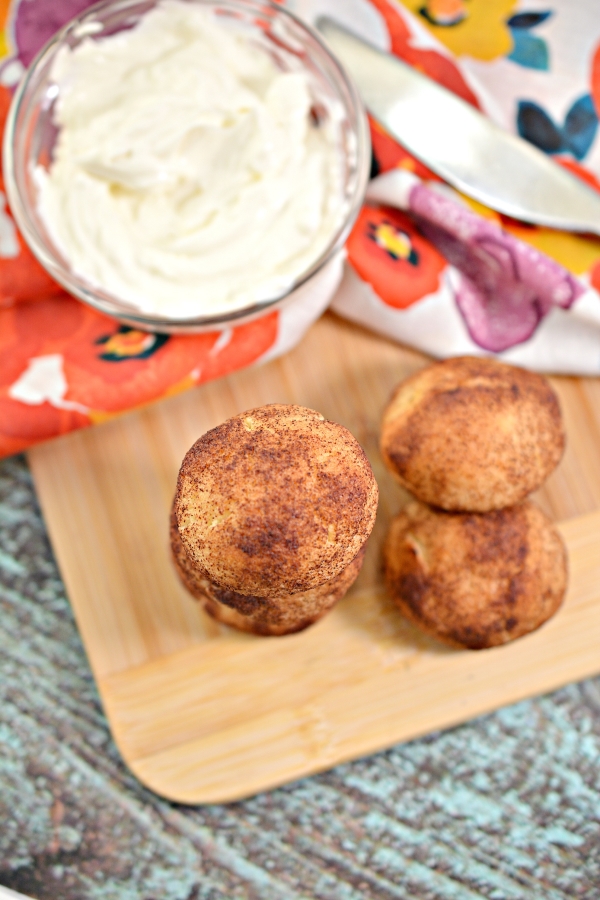 If you want to make these keto bagel bites just a little sweeter, create a yummy cream cheese frosting to dip them in!

We have used a pretty simple cream cheese frosting/dip for a lot of recipes, like our  Keto Cheesecake Dip with Chocolate Covered Strawberries, Best Keto Low Carb Carrot Cake, and others.

To make a yummy cream cheese dip for these keto bagel bites, simply whip together 4 ounces of cream cheese, 1/2 cup Lakanto Powdered Monkfruit, 2 tablespoons of heavy cream, and one teaspoon of vanilla. You can use more or less sweetener depending on how sweet you want your dip to turn out.

All of Lakanto’s products are amazing! If you want to try their monkfruit for the first time, or if you just need to restock, use our code “BUTTERTOGETHER” at checkout on their site and save 20% off of your entire purchase of any product HERE, not just monkfruit. 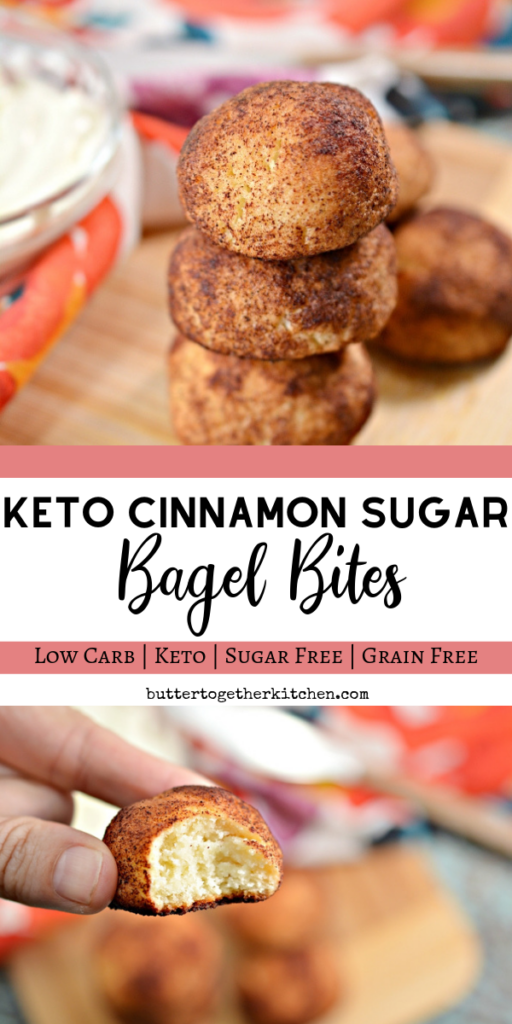 Have you tried this recipe or any other recipe on the blog? Please rate it below and let us know what you think in the comments! We love hearing from you!

You can also share it on instagram and use the hashtag #buttertogetherkitchen and we will feature you on our page.

Yield: 16 Serving Size: 1
Amount Per Serving: Calories: 94.8Total Fat: 7.05gCarbohydrates: Net Carbs: 1.9gFiber: 1.05gProtein: 5.4g
Nutritional Disclaimer: We are not certified nutritionists. Nutritional data is provided as a courtesy. The information provided is calculated through a free-web based nutrition calculator and is not guaranteed to be accurate. To ensure we provide you with good information, we look at a variety of calculators. 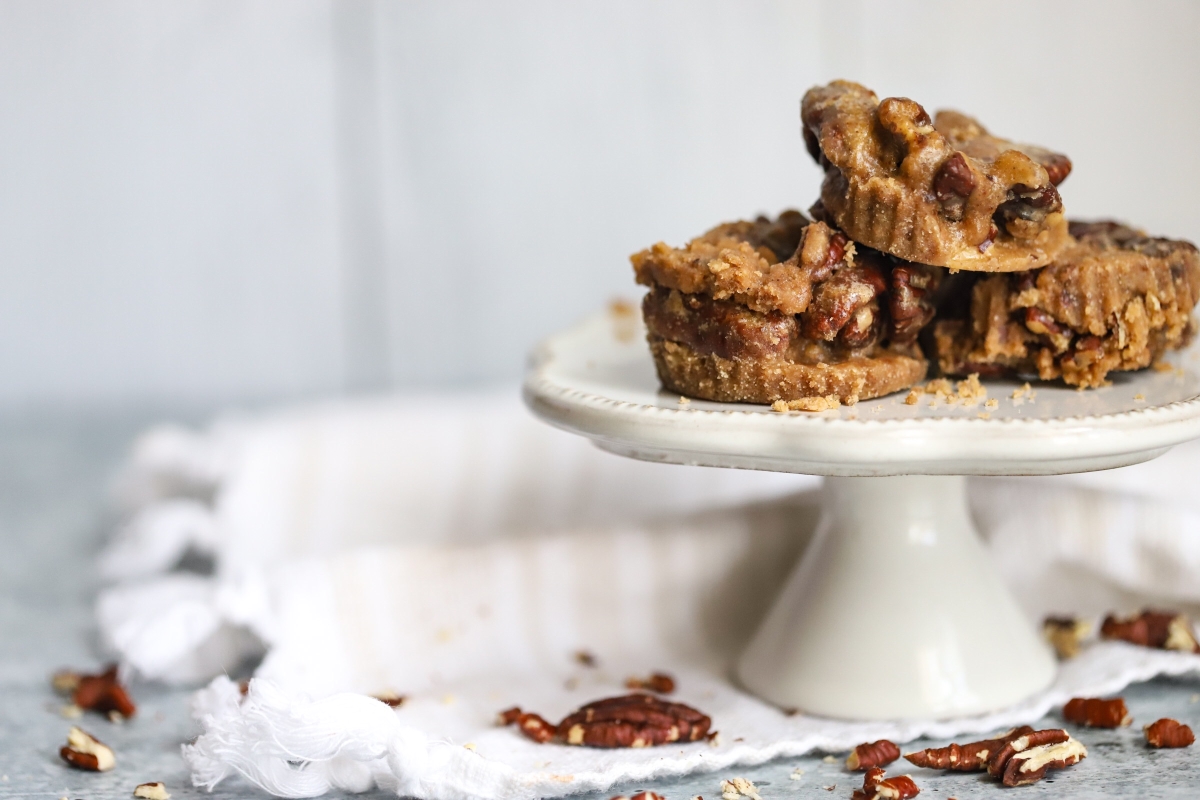 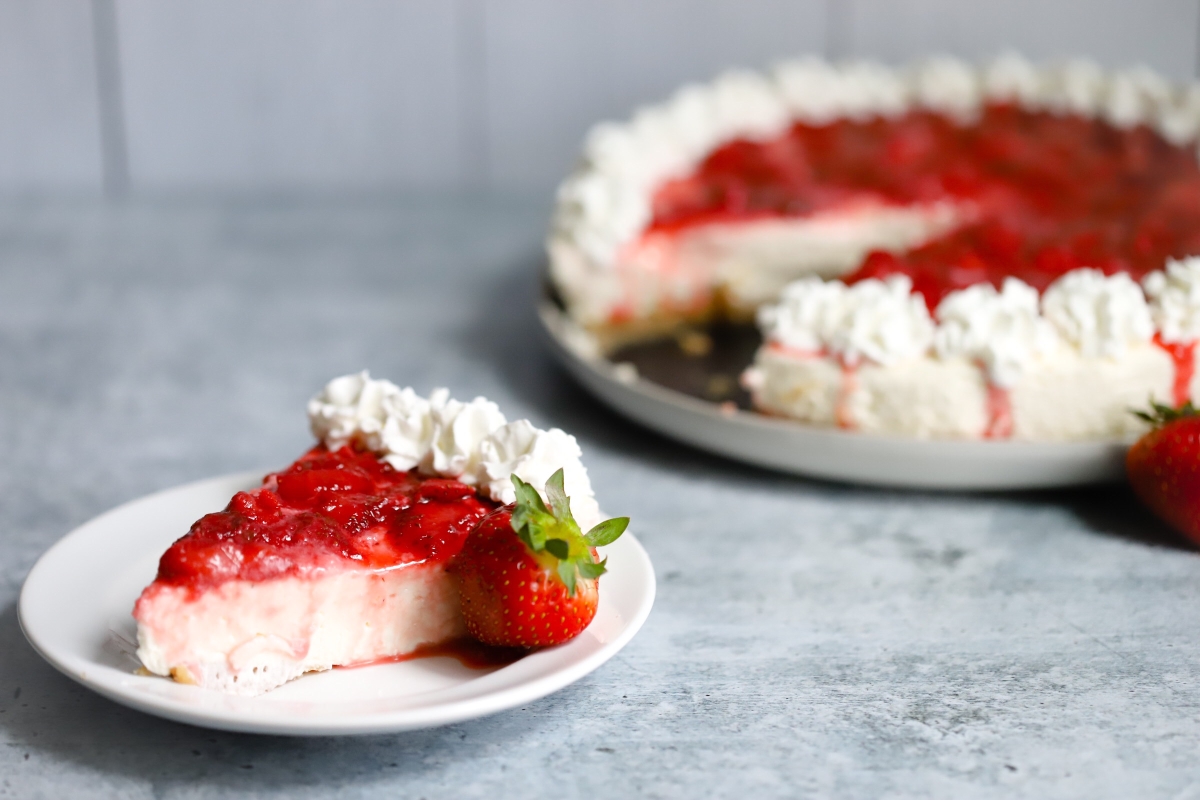 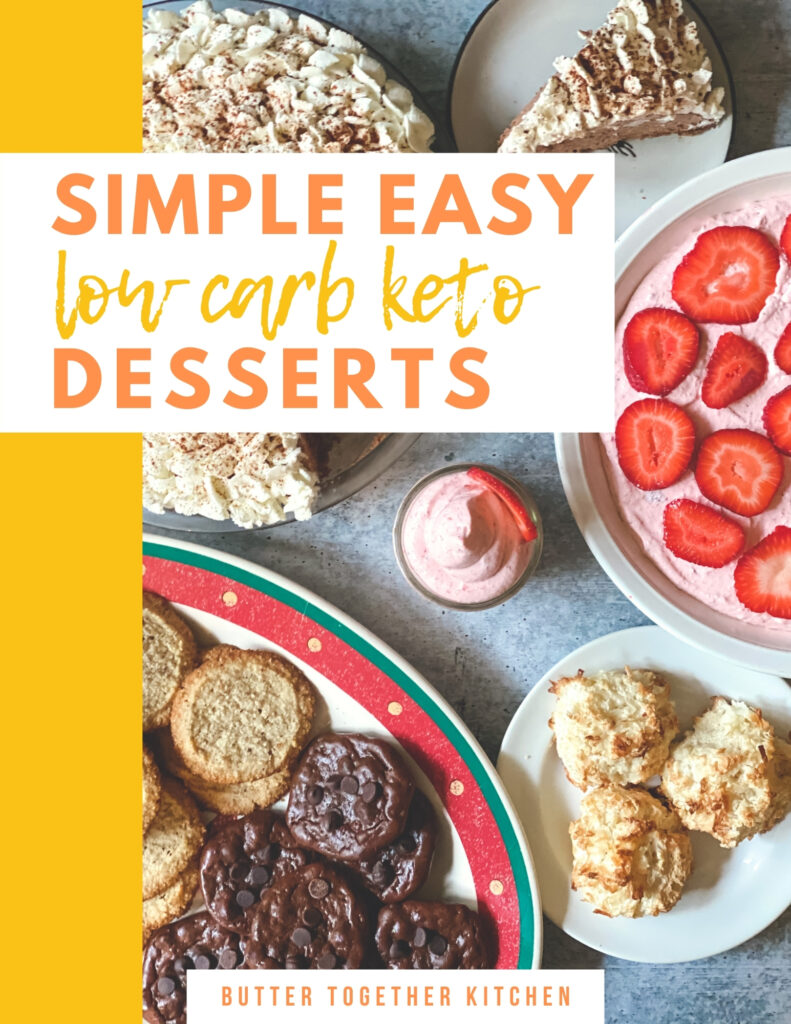 Chalked full of delicious keto-friendly desserts, this eBook is a must have for everyone living a ketogenic lifestyle!

About Butter Together Kitchen

Since its inception in 2018, Butter Together Kitchen has striven to provide easy, simple, keto/low-carb recipes that make life easier! All kinds of recipes have been published over the years, but the specialty around here tends to be desserts! We firmly believe that you can have your cake and eat it too.